MATTERS TO CONSIDER BEFORE AN EXIT FROM ISOLATION

A Skwawkbox post this morning cries out for sharing: 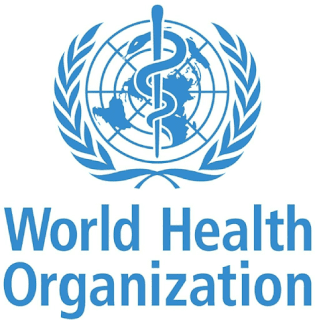 Labour leader Keir Starmer, in common with a number of right-wing commentators and lobbyists, is pushing for the government to publish an 'exit strategy' saying how and when the UK will come out of 'lock-down', in spite of continuing high numbers of deaths and the unfolding horror of a huge toll in the nation's care homes.


But the World Health Organisation (WHO) has six reasons why such talk is not only premature but entirely inappropriate - six tests that a nation should be able to meet before any 'exit' is considered.


And the UK is a long, long way from meeting any of them.


The WHO's tests are:


Transmission is not controlled. The government's decision to close underground stations and reduce public transport
services is forcing those who do have to travel into crowded spaces. The continuing absence of masks and other 'PPE' is promoting infection in hospitals and care homes - contravening rules 1, 3 and 4 at the same time.

No preventive measures are in place anywhere apart from hand-washing and the '2m rule' - even though the WHO knows, and the UK government admits, that the virus can travel more than 2 metres.
Infections are not only uncontrolled but rampant in care homes, resulting in huge numbers of deaths that are not even counted in official figures. The Tories are not reporting deaths in hospital accurately either, with hospitals saying they are understating deaths by half.
Flights continue to pour into the UK even from the world's worst-hit coronavirus hotspots - without even the most rudimentary health-checks on passengers before they are allowed to travel onward, mostly on crowded public transport.
Communities are poorly educated in the dangers of the virus and utterly unempowered - without even clarity on, for example, the wearing of masks, let alone any availability of masks to wear if they wanted to.

And the UK is about as far away as it could possibly be from being in a position to test its population even once - at current capacity it would take around twelve years to test everyone even once, let alone conduct the regular repeat testing, including of those without symptoms, needed to control the epidemic.
The government has not even shown the inclination to trace and isolate the contacts of those testing positive for the virus, never mind any plan for doing so.
In such a bleak landscape of Tory denial, laziness and ideological disregard for WHO standards and procedures, talk of 'exits' is utterly inappropriate.
When every day brings reports of new deaths among NHS staff and other front-line heroes and among our most vulnerable, stopping the UK's government from herding its people to death is the immediate and overwhelming priority.

Another Skwawkbox post later today is so shocking - you can sense the fury of the writers:

Health Secretary Matt Hancock boasted during last night's televised daily press farce of his 'success' in his claim that the NHS has had 'spare' capacity to treat coronavirus victims 'throughout' the UK epidemic - and that nobody has been unable to get NHS treatment who needs it.

And he did it again this morning in televised interviews - claiming that the NHS has 'record' spare capacity of over 2,000 beds. He was challenged on ITV, but the BBC simply amplified his claims.
'Spare capacity'?
So why, Hancock, are thousands of people - believed to be as many again as have been reported in the official coronavirus death toll - dying in care homes, after either being refused admission or being sent back to care homes in spite of testing positive?
The UK government does not include deaths outside hospitals in its official figures. But data from five European countries that do include deaths in care homes show that as many people - and in some cases more - die in care homes as in hospitals: 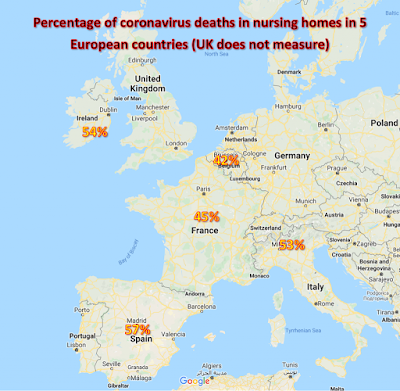 Given the appalling lack of preparedness of the Tory government, it is unimaginable that the situation is any better in the UK - which means that the real death toll in this country is nearing 30,000, not including deaths of people in their own home.
The second-highest in the world behind only the US, in spite of having weeks longer to prepare than Spain and Italy.
At least two thousand UK care homes have reported coronavirus outbreaks - with many of them suffering double-figure deaths among their residents.
Thousands upon thousands of people not able to access hospital treatment because government-imposed policies deny it to them - and huge numbers dying.
Around 13,000 hidden deaths, perhaps even more, in care homes not equipped to treat them - or to prevent other residents becoming infected - while thousands of NHS coronavirus beds lay empty.
And Hancock is boasting about it - and calling it a 'success'.
There must be criminal trials, not just an enquiry.'

A CHARGE OF ADMINISTRATIVE MALFEASANCE AT THE VERY LEAST.