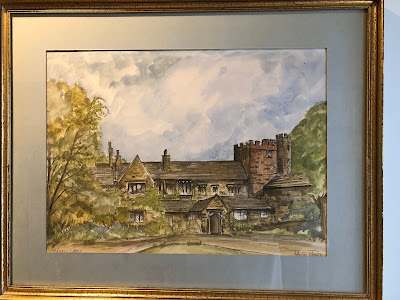 I’ll also see if I could get more information on those two paintings I just found. We actually
Read more »
Posted by ROB DONOVAN at 18:12 No comments:

A MURDEROUS MISGOVERNMENT THAT IS ALMOST TOO AWFUL TO BELIEVE

I am sharing today's SKWAWKBOX as soon as I can. No further words are needed from me, other than those in my title:

The SKWAWKBOX has long argued that the Tories were using their control of how and when death figures were released to manage public perception of the scale of the catastrophe their slow and often non-response to the coronavirus pandemic caused.


Now that argument has been proven by figures calculated from official records - which show that for twenty-two
Read more »
Posted by ROB DONOVAN at 11:57 1 comment:

Louise and I fell in love with the holy Greek island of Patmos in the summer of 1988 when we spent a vacation there for two weeks. All this after I had swallowed my pride and returned to classroom teaching in the January of that year. We had created our own summer vacation fest that summer - two weeks in Kalymnos, followed by two weeks in Patmos - both Greek islands in the Aegean; our first Greek holiday. My bid to be a full-time writer for the time being had been broken but my income had increased exponentially. I continued my life as a born-again teacher and we afforded the time and money to return to Patmos in 1989 and then, after the deaths of my father in 1992 and my mother in 1995, we were drawn back in 1995, 1996, 1997 and 1998. We never returned to Kalymnos.

By 1995, Robert Lax had turned 80 and his health was beginning to decline. Louise has a clear memory of seeing him on more than one occasion and in more than one year on the waterfront in Skala, the main port and town in Patmos so we think those sightings were probably in 1988 and 1989. Although we did not realise it at the time, the striking and singular lean figure of an ancient man she had seen was indeed Robert Lax, the American poet who had made Patmos his home after over a decade living on Kalymnos before eventually being compelled to leave by an unfortunate twist of history. Some of his former Greek friends had become convinced he was an American CIA agent working in the interests of America's ally, Turkey, at the time of the Turkish invasion of north Cyprus in 1974. Lax tried hard to mend bridges over the next few years but to no avail. In 1981, aged 66, he made Patmos his home.


My head was still in a spin after two terms struggling to make sense of my return to the classroom so I have no clear memory of Robert Lax. My loss. But I have sought to acquaint myself further with the

Boris Johnson is expertly nailed by SKWAWKBOX again today, Tuesday 9 June:
'[The PM] has issued a video telling black people and other 'Black Lives Matter' protesters that the UK is less racist than it was and they should be less angry because the UK is a happier place.
Johnson being Johnson, he combined it with a threat and a smear - and ignored his own towering hypocrisy. A PM who has called black people the disgusting term 'piccaninnies' with 'water-melon smiles' and was complicit in the Windrush scandal - and only last year was seen skipping shaking hands with black well-wishers - is not someone in a position to tell victims of racism to suck it up and look on the bright side.

Johnson also found a moment to blame protesters for the surge in coronavirus infections his government has been actively creating and planning for months before the protests began.
Singer Jamelia was unimpressed - along with
Read more »
Posted by ROB DONOVAN at 12:10 2 comments:

SKWAWKBOX, as ever, is on the case. Here are extracts from their post from Monday 1 June 2020:
'Transitioning' from four to three is the government's excuse for relaxing lock-down while still at level four - but in reality, the new measures
Read more »
Posted by ROB DONOVAN at 11:51 3 comments: