PICK AND TWIST YOUR SCIENCE - HOW THEY AVOID TAKING THE BLAME FOR OVER 100,000 DEATHS

I have spent my lockdown charting this tragedy in Dying to Know and am now back on the familiar path of finding a literary agent/ publisher. My book is well worth reading. I am the historian by academic training and I have become a fledgling scientist and economist for the purposes of my pandemic tale. This will be my third publication. 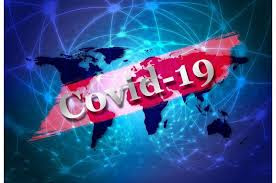 Dying to Know - Running through a Pandemic is looking for a literary agent. My penultimate chapter includes this section:

'On Saturday 19 December, Johnson decided he had no option but to cancel Christmas for 24 million people in London and the south-east. It was another remarkable U-turn. For weeks, he and his ministers had been chorusing the message that three households could travel across the UK to mix in a Christmas bubble. Then came the realisation that hospitals within the NHS were on the point of breakdown such

were the floods of patients being admitted with coronavirus infection. How could the government’s carefully calibrated system of restrictions with its four tiers of severity not have worked?

The answer was found in a scientific report published by Public Health England, a government agency you may remember. A mutation had been found in the virus SARS-Cov-2 which was not more lethal, nor was it able to defy the power of the new vaccines. But it was much more transmissible.

‘Given the early evidence we have on this new variant of the virus and the potential risk it poses, it is with a very heavy heart I must tell you we cannot continue with Christmas as planned’. The leader’s words. Vallance, his chief scientific advisor, sounded almost Churchillian himself when he stood by Johnson and declared that ‘when the virus changes its method of attack, we as a country have to change our method of defence’.  Grand words. Vallance acknowledged that the new variant of the virus had first been detected in September and by 9 December accounted for 62 per cent of all new cases in London. This mutation meant the virus was now up to 70 per cent more transmissible.

I began to smell bullshit. Yet again. I seem to have developed a nose for such odours during 2020. Do you recall my asking whether our leaders’ amused contempt for the gullibility of the population at large had its own unique fragrance? True, I am speculating. I might be wrong. But I remain a doubting Thomas on this government-sanctioned reason why we have this Christmas emergency. Officially, it is all down to this mutation, this new strain of the virus: variant VUI-202012/01. But I think the reason for its rapid spread through southern England is due to the failure of the Government to limit the movement and mixing of the people. There has been no national lockdown. The government refused to impose higher tier restrictions in the south of the country, as they had done in the north where the spread of the virus then lessened for a while.

No matter that the UK New and Emerging Respiratory Virus Threats Advisory group (Nervtag) has now delivered its verdict that the new strain can spread more quickly. No matter that the World Health Organisation (WHO) has been alerted. I am still picking up a foul odour. And it is emanating from an emperor wearing nothing. More research on my part, at the press of a button or two, led to the discovery that the WHO is, as one might expect, already on the case. On 22 December, the WHO Working Group on COVID-19 Animal Models (WHO-COM) issued a statement about the UK and the South African SARS-CoV-2 new variants. The WHO-COM is an expert group of more than 150 scientists around the world with expertise in animal models of viral diseases. Their report acknowledges that epidemiological data suggests that these two variants may be associated with increased transmissibility. But it then goes on to say:

‘With respect to transmission studies, the group agreed that these experiments [with laboratory animals] are important but that they may be very difficult. Transmission studies give usually yes/no results with little room for comparison. … [Such research] is a high operational priority.’

In short, there is no laboratory confirmation yet that this new variant is more transmissible. It could well be that the rapid increase in cases of coronavirus in southern England - as revealed in the epidemiological data (for instance, positive tests for infection and hospital admissions) - has occurred for another and obvious reason. People are spreading the disease to other people more and more because the restrictions on movement and space are not in place to stop them.

I had a History tutor at Catz, my Oxford college – Professor Peter Dickson – who taught me the meaning of the ‘post hoc, ergo propter hoc’ fallacy. It has been a useful lesson, for life. Thank you, Peter. Translated from the Latin, the phrase reads ‘after this, therefore because of this’. Because one event follows another, the former must have caused the latter. That is the fallacy. In this instance, the rapid increase in transmissions in southern England must have been caused by the new mutation in the coronavirus. Yet the true explanation for the phenomenon lies elsewhere: with the neoliberal Tory politicians who are blindly and stubbornly determined to prioritise the market rather than human life.

Suppose I am right, and this is a cunning deceit, what a wheeze this has turned out to be! In a matter of hours, this story has become the accepted explanation for the catastrophe unfolding around us. The mainstream media is following this narrative, without exception and without question. If there are scientists pointing to the lack of corroboration from within the WHO, their views are not being reported.'

A little taste of my latest work. I am very mistrustful of these people who are misgoverning us, for very good reasons. There is inadequate scientific evidence for the assertion that the new variant in the coronavirus is up to 70 per cent more transmittable. And now we have the most recent example of picking and twisting the science to fit your political needs, as revealed in a SKWAWKBOX post today:

Tory delays and obstinacy are really to blame, as usual

Boris Johnson and his mouthpieces repeatedly blamed the new variant of the virus last week for the massive numbers of cases and deaths the UK has suffered in the latest wave of the pandemic - with the UK's 'mainstream' media, of course, repeating and amplifying the claims with almost no scrutiny.

According to Johnson - and the media - the virus is not only '70% more transmissible' but also '30% more deadly' - and these factors are the issue. Unspoken, but written large between the lines, is the real point of these claims: 'It wasn't the government's fault. Honest, guv'.

But the 'UK variant' of the coronavirus has been in Italy for 47 days now - since early December. Take a look at Italy's daily case numbers:

Unlike the Tories, the Italian government moved early in the latest wave to close schools. In the UK - where for weeks at the start of the pandemic the media showed non-stop horror footage of a situation in Italy that was far less severe than the UK is now seeing. And despite the fact that schools are known to be a key driver of transmission, the Tories are now wavering under pressure from right-wing lobby groups to throw open school gates to all pupils.

And the UK media continues to help Johnson and his drones to avoid the blame for thousands of needless deaths - the equivalent of around three jumbo jets crashing in the UK each day. It should sit like an anvil on their shoulders.'

WE NEED TO BE ON OUR GUARD. I WILL SAVE FOR ANOTHER TIME THE HORROR OF IGNORING THE INSTRUCTIONS ON THE PFIZER VACCINE LABEL. THE SECOND JAB NEEDS TO BE GIVEN 21 DAYS AFTER THE FIRST. NOT 84 DAYS AFTERWARDS.
Posted by ROB DONOVAN at 13:02