LIES, DAMNED LIES - AND STATISTICS - WHAT IS OUR GOVERNMENT UP TO?

Mark Twain's use of the expression: 'Lies, damned lies, and statistics' in 1907 helped popularize it. The saying seems first to have seen the light of day in 1885. Blog-posts can be helped by interesting asides such as these. But make no mistake, we are in serious trouble when those in power have such contempt for the hoi polloi, the masses who elected them with a huge majority, that the stats are falsified and obfuscated in order to deceive these very same people.

Here's the latest SKWAWKBOX news, exposing what is happening:

"Tories try to claim ZERO new Covid-19 cases in England in last 24 hours. The reality - or even the government's suppressed version of it - is different: 1,106

As the SKWAWKBOX revealed earlier, the Tories continue to withhold and misrepresent the rate of new coronavirus infections in England, making the official government data pages confusing and self-contradictory, with untrue claims at the start of the page and the real figures only on show to those who dig further.

But after a number of days of severely understated figures, the Tories have gone further - claiming zero new cases in England during the past 24 hours: 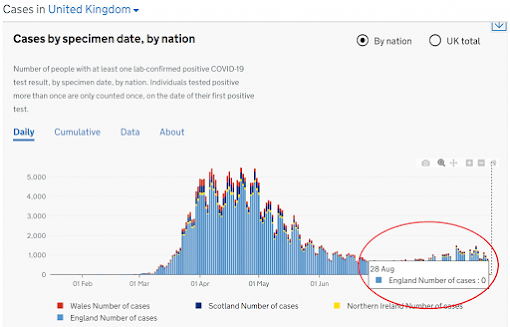 Those who scroll down to check further can see that the actual number is 1,106 (though in reality it is far 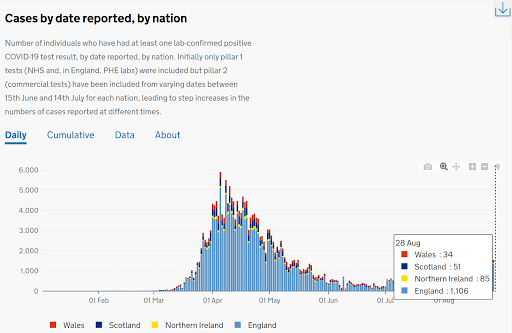 A look at the trend shows a clear upward curve in numbers: 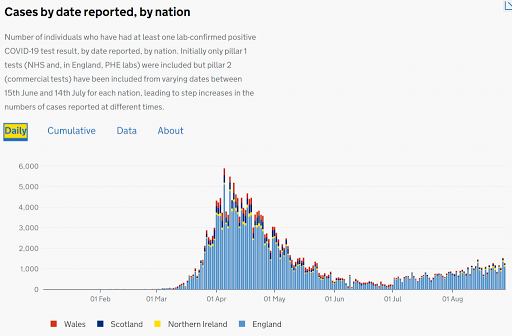 A pattern has emerged: when the numbers are bad, some graphs will portray ludicrously low numbers, some will be missing altogether and won't be updated until several days late - and anything approaching reality will only be found by those who read several charts down.

After all, the Tories want all our children back at school and all the 'plebs' back at work, even though the government's scientists admit it will drive infections up further and faster. Making the truth of the emerging second wave easy to find wouldn't help the Tories' goal."

AS STEVEN WALKER, ONE OF THE FOUNDERS OF SKWAWKBOX, SAYS: 'INFORMED PEOPLE ARE HARDER TO EXPLOIT'. SHARING INFORMATION WITH THOSE WHO MAY NOT YET HAVE THE FULL PICTURE IS SO IMPORTANT.