For starters, the background:

David Christopher Kelly CMG was a Welsh scientist and authority on biological warfare, employed by the British Ministry of Defence, and formerly a weapons inspector with the United Nations Special Commission in Iraq. He came to public attention in July 2003 when an unauthorised discussion he had off the record with BBC journalist Andrew Gilligan about the UK Government's dossier on weapons of mass destruction in Iraq was cited by Gilligan and led to a major controversy. Kelly's name became known to the media as Gilligan's source and he was called to appear on 15 July before a parliamentary Foreign Affairs Select Committee investigating the issues Gilligan had reported. Kelly was questioned aggressively about his actions. He was found dead two days later.

And so to Miles Goslett and his new book.

Miles Goslett is an award-winning journalist. His book An Inconvenient Death: How the Establishment Covered up the David Kelly Affair was published in May this year. My judgement on the book is very positive. The reviewer in The Times - David Aaronovitch - was very negative. Indeed, so hostile that it seems legitimate to suggest that his review is a further ploy in an

Here is my summary of the main points in Miles Goslett's book that provides, in the words of The Observer's positive review: '... a compelling, authoritative insight into possibly the most controversial death in Britain this century'. 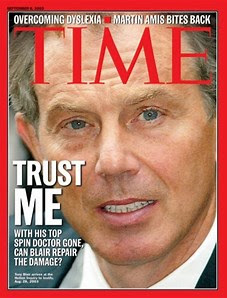 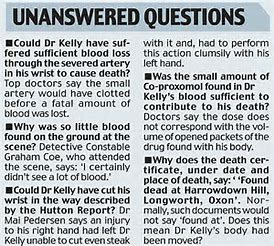 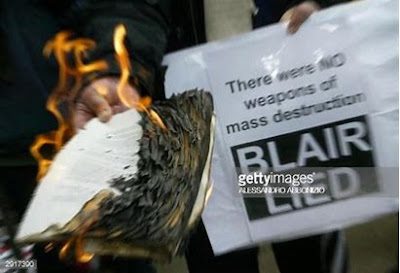 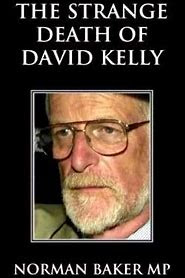 I have heard no mention of Miles Goslett and his book on the death of David Kelly in any media other than in the Observer review and the reference I found online to the Times review and Miles Goslett's response. Is there a conspiracy to silence further debate through acting as if nothing has happened, no new book has been published, revealing more detail and asking searching questions? The Establishment fears the truth and the sword of justice in this David Kelly affair - the evidence for such a claim seems overwhelming. This blog-post is my little push towards upsetting the apple-cart.