WOMEN'S VOICES ON 'THE ROAD TO CORBYN'

It has only just struck me how much of the positive feedback for 'The Road to Corbyn' (TRC) has come from women. Let me illustrate the point with some instances.

First, an acknowledgement fleshed out. Pippa Stilwell was one of the four members of a Cornish reading group singled out in my Acknowledgements at the front of TRC. It is worth expanding on my debt to Pippa. She had read the manuscript of 'Deception' - the work that became TRC after I had added two chapters following the 2015 General Election and the election of Jeremy Corbyn as leader of the Labour Party - and commented that 'The book is nicely written and one definitely gets the feeling of a Pilgrim's progress towards knowledge and a healthy distrust of the status quo'. The references were 'wonderfully comprehensive'. But she didn't feel that the lady Hope had been much help and she noted that 'Apart from Hope and Charity there are only two women in your book, both reduced to serving tea.' 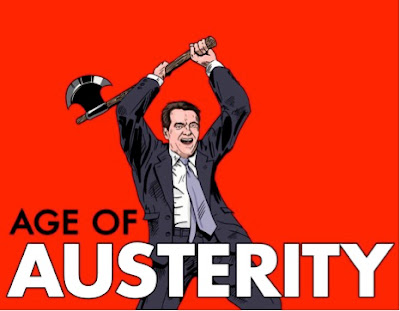 Ouch! A thoroughly warranted rebuke - sometimes someone has to prise open your lids. Pippa continued:

'As we know that women have suffered hugely more than men under austerity, I wondered if you could introduce a page turning element by creating a female character, whom Pilgrim meets at crucial points in both their careers. She could be a single mother, public sector worker, made redundant, reduced to zero-hours cleaning, loses flat, rehoused outside her local area and networks - maybe starting a big campaign as in the New Era Housing campaign ….. so many stories in the last five years, and so many more to come.'

Read the published, final version of TRC, listen to my new improved Lady Hope - and you will understand my debt to Pippa. Being male carries its burdens, as Pilgrim himself found out. I was

becoming aware of how easy it is to neglect women's voices. A little later, a female source for my next book, 'Jago', was urging me - once she had heard an outline of the story of TRC  - to follow through on my new idea to make The Interpreter a character without specific gender. But the venture was too close to publication by then to pull off the degree of rewriting needed.


The second story I have outlined before in an earlier blog-post, published in July, 2017 - press this link for the voice of Jane Sand, a fine Penwith artist. Returning to that blog carries some sadness. Claire Healey passed away earlier this year. I never got to meet her and there was never an email exchange but Claire was still my friend and every morning I acknowledge an outstanding talent as I pass her painting 'Io rescues Odysseus' that hangs in the 'upper gallery' at the top of the stairs in our terraced home. It had been Claire who had read TRC first and urged an initially reluctant Jane to follow suit. 'But Claire kept saying 'Don't be a slob, get on & read it!', Jane wrote. 'So I did, & I think it's great … All in all, a fascinating & inspiring book. Thank you for writing it. I keep telling Claire to get on & send you some feedback.' No matter. I have Claire's - and Jane's - wonderful paintings.


And so to the third instance:

'Thank you for writing it' was also a line from another woman's voice - that of  my saxophone tutor, the talented Clare Lynch, who was also the inspiration behind the all-female Penwith reading group in Cornwall who invited me and two other male authors to share their latest work in 2015. Clare wrote:

'I really admire you for writing this book and really do think it has a lot to say. Thank you.'

Thank you, Clare, for being the musical and pedagogic brains behind whatever progress I have made in playing that lovely instrument, the saxophone, over these last four years.


And to the fourth: the voice of Julia Bush, a Quaker and academic doctor, retired Dean of the University of Northampton - and a friend who goes a long way back, to Oxford days. These are Julia's thoughts after reading 'Deception' at Christmas time, 2015:

'I greatly admire your refusal to give up hope and your determination to seek root causes rather than making shallow (and fatalistic) judgements.'

'Your book is very close to my own politico-moral concerns, as you know. That made it extremely readable and I was interested to observe that when my visiting niece picked it up, it also held her interest.'

'I felt I needed to read John Bunyan's 'Pilgrim's Progress' in order to appreciate your version! I am grateful to you for introducing me (indirectly) to this classic work. I have enjoyed both versions - in a 'challenged' kind of way, which I assume is what both authors intended.' 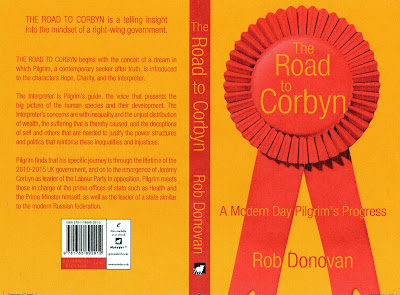 Finally, to the most recent instance of a female voice, praising TRC. Once more, I can't resist the sweet music of Linda Camidge's voice in a Facebook comment following my talk at the Redwing Gallery in Penzance - 'Cross-Genre Fun - Fact or Fiction' - in July this year. She is talking about TRC and comparing it with Robert Tressell's socialist classic: 'The Ragged Trousered Philanthropists':

'It is a really interesting and unusual book. A Robert Tressell for our times. There are few higher compliments as far as I'm concerned.'


If anyone reading this has not yet got a copy or knows someone who would welcome a copy as a gift, here is a link to press. I want to spread the Word, profit is not my motive in pressing the marketing buttons - TRC has always been a significant loss-maker in financial terms. But in the list of my best achievements in life, right up there at the top.