Robert Noonan only wrote one book in his lifetime and that under the pseudonym of Robert Tressell. He never lived long enough to see it published but make no mistake his work is a masterpiece. The version that I read last month uses the text in the Lawrence & Wishart edition of 1955 - it's the Wordsworth Classics edition of The Ragged Trousered Philanthropists (TRTP) with a Foreword by Tony Benn, first published in 2012. There is general agreement that this version is the best we have but it is important to know that the book which was first published in 1914, three years after the death of its author, was compiled from the pages of the hand-written manuscript in a different order from today's version and leaving out much detail. Bearing in mind some have argued that Labour's landslide victory in the General Election of 1945 was due in no small measure to the number of copies of TRTP read by WW2 servicemen during the war, it is remarkable how powerful the socialist message of the book was, even in a form less than Robert Noonan would have wanted. 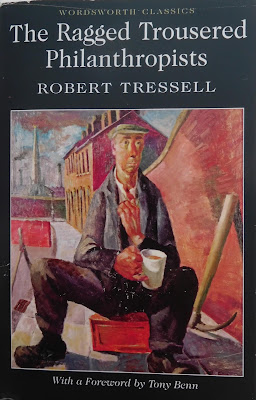 In this blog-post, I would like to share some of the insights about the book's history that I now have thanks to reading Ian Hernon's admirable biography of Robert Noonan - Robert Tressell: A Life in Hell (2015). Hernon's Introduction conveys very well the impact of the book in its different versions on the British Labour movement. Listen to the opinions of these left-wing names:

By the Spring of 1910 Robert Noonan, a man of some education who had chosen to spend his life in the painting and decorating trade as an ordinary worker, was completing his final manuscript after five year's of writing. The title proved problematic. A contemporary recalls that 'Bob used to say that the workers were the real Philanthropists but didn't know it'. Robert wanted to call it The Ragged-Arsed Philanthropists but came to realise that respectable publishers would not be happy. He did what he could to disguise the people and the location - Hastings in Sussex became Mugsborough. He adopted a pseudonym - Robert Tressell, and then secured the manuscript of 1,674 pages, with its quarter-million words, in a tin box ready to send to publishers. Robert was devoted to his daughter, Kathleen, now a young woman whom he - as a single parent - had brought up and together they planned how they would spend the money earned from sales.

And yet this classic came so close to never seeing the light of day.The first publisher returned the box unread with a note saying that it was too long and that the company insisted on typescript. Another rejected it as 'unwieldy'. Three more rejected it. Robert was close to destroying the pages. Kathleen told her father: 'You can't do that - I want it.' Kathleen became the keeper of the tin. By now, Robert Noonan was succumbing to the illness - tuberculosis - that he had been fighting for much of his life. It's clear that he was coughing up blood before he finished the manuscript - there is an episode in the book where his hero and alter ego, Frank Owen, suffers the same experience - and Robert now, extraordinarily, determined to emigrate to Canada with Kathleen.

His daughter later said: 'Since the book was not finding a publisher … we'd go to Canada and make a fresh start, this time forgetting his ragged-trousered philanthropists who would not listen to sense and for whom he had written the book. He would make some money … from his decorative work as a painter … to leave me in more comfortable circumstances.' Kathleen saw him off from the railway station in Hastings in August 1910 bound for Liverpool, en route to Canada. She was to follow in due course. None of his fellow workers knew he had gone. 'He had just faded out overnight', said one.

In Liverpool, his health deteriorated fast. In November 1910, he was admitted to the Royal Hospital Infirmary, part of the city workhouse. He concealed the finality of this stage of his illness from Kathleen who remained in Hastings, beginning a life as a school teacher. On February 4 1911, Kathleen received the telegram telling her: 'Your father died at 10.15 last night'. Robert was uninsured and was buried on February 10 in an unmarked pauper's grave along with 12 others a few yards from the walls of Walton Gaol. In TRTP, old Jack Linden had suffered the horror of the workhouse and a pauper's grave. Now it was the author's turn.

Later in 1911 Kathleen, still grieving but already secretly intending to marry her cousin Paul and emigrate to Canada together, took on a new job looking after the five children of Mr and Mrs Mackinlay. Mrs Mackinlay noticed the tin under Kathleen's bed and asked what treasures it held. Kathleen explained about her late-father's manuscript. Wonderfully, the family's next-door neighbour was Miss Jesse Pope, a professional writer who had contacts within the London literary establishment. Miss Pope later wrote: 'I consented to read this work of a socialistic house painter … expecting to be neither interested nor amused - and found I had chanced upon a remarkable human document.' Miss Pope had a cousin who was employed as a personal secretary by a flamboyant publisher called Grant Richards. By August 1913, the connections were made and Richards and Kathleen had met and a deal done. Kathleen agreed to a reduction in word length from 250,000 to 100,000 (in fact she cut it to 150,000 words) and was paid £25 for all the rights. Grant was taking a risk. As he said, 'The book was damnably subversive'. But it was also 'extraordinarily real' in his words.

Miss Jessica Pope was employed by Grant to bring order to the pages that were to be published. She reordered the story and changed the ending so the climax came with Frank Owen contemplating suicide and taking his family with him - a section that now appears in the middle as it did when Noonan first wrote the book. Important detail was lost as the book length was reduced. The book was published, price six shillings for 400 pages, in April 1914. 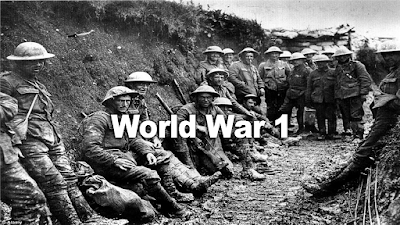 In May 1918 Grant Richards published an even more truncated version of TRTP selling at just a shilling a copy. He was by now aware of the book's popularity amongst working men and had an eye on soldiers returning from the war. Lee Green - one of Robert Noonan's workmates in Hastings - came back from the Western Front and bought his copy from W H Smith's on Hastings Station. Neither Lee Green nor any of his friends with whom he shared the book knew that Robert Noonan had been writing it but all recognised themselves and others in the volume.

Throughout the 1920s and 1930s TRTP was read widely within the working classes. Eric Heffer, the MP who had started his working life as a carpenter, bought his first copy as a teenager in 1939 - probably the abridged edition published by Martin Secker who had bought out the Richards Press. In April 1940, Penguin brought out a paperback version, priced sixpence, as soon as the 25-year unrestricted copyright ran out. 50,000 copies were printed - and sold within a month. There were favourable reviews in The Times and The Daily Telegraph. But Penguin reported that the most effective factor in sales was word of mouth.

The next twist in the tale of TRTP features the first biographer of Robert Noonan - the Hastings socialist, Fred Ball. Before WW2, Ball had written to Grant Richards and discovered that the original manuscript had been given by Grant to his secretary (the cousin of Miss Jessica Pope) who had later sold it for £10 to an anonymous stranger. Grant Richards said he would make enquiries after Ball had offered £50 - which he did not have - for the pages. After the war, in September 1946, Ball and one of the syndicate that had been formed to raise the costs of purchase - 60 guineas in the end - met in a London tearoom with Robert Partridge, the anonymous stranger who had now emerged in person. The deal was done. The manuscript as they now discovered was in two parcels. The smaller one, about two-fifths of the manuscript, contained all the pages combed out by Miss Jessica Pope. Ball and his friends felt compelled to publish TRTP in full as Robert Noonan would have intended. It became their holy grail - and eventually achieved in the Lawrence & Wishart 1955 edition.

I found Ian Hernon's account fascinating. I hope you have. E.H.Carr in 'What is History' - one of the key books I read on my Grammar Schoolboy journey to an Oxford scholarship, expounds 'The Cleopatra's Nose' theory of history. Essentially, things happen by chance. If great men had not been captivated by the striking beauty of the face of Cleopatra that was defined by the exquisite features of a nose to die for …

When Jeremy Corbyn becomes the Prime Minister of our country, elected on the back of a socialist manifesto, it will be in part due to the chance survival of a tin of hand-written pages that could have had a less happy fate than publication.

Finally, one of the best heart-stopping moments in 2018 so far for me was when Linda Camidge (Penzance Lit fest) made an online comment that ranked my own The Road to Corbyn up there with TRTP. Read them both and see whether you agree. Here's a link: press here
Posted by ROB DONOVAN at 11:30