THE LABOUR MANIFESTO VISION FOR THE FUTURE - PART TWO: REBUILDING OUR PUBLIC SERVICES

I heard Emily Thornberry, one of the Labour leadership contenders, complaining this week that the Labour Party Manifesto had been a mistake because it was really a fifteen-year programme for government action. The voters rejected it because it was overloaded. Not so. Those voters who abandoned Labour did so very largely because the Tories very successfully made this the Brexit election. Get Brexit Done became the meme that trumped the Labour vision for a better Britain.

As I said in Part One of this series, we would have been better off campaigning on a summary version of our manifesto - but we should be really proud of our achievement in assembling this comprehensive guide to what decent and fair government should mean at the end of the second decade of the 21st century. When we are asked 'What has socialism to offer the voter these days?', our manifesto provides a realistic answer that also excites the imagination.

The first 28 pages had been focused on A GREEN INDUSTRIAL REVOLUTION - see this link by pressing here. The next 24 pages explain how Labour will REBUILD OUR PUBLIC SERVICES.

This second section of the Manifesto begins with a classic statement of socialist belief and vision:

Universal public services, collectively provided through general taxation and free at the point of use for all, are how we guarantee the right to a good life.

How will this reconstruction be funded? Those earning more than £80,000 a year will pay a little
more in taxation. Tory cuts to corporation tax will be reversed. The biggest ever crackdown on tax avoidance and evasion will be launched. Our creation of a National Transformation Fund is Labour's programme of capital expenditure that has two parts: £250 billion over ten years for our Green Transformation Fund, and £150 billion over five years for our Social Transformation Fund. We will borrow in order to achieve this investment. Such investment spending raises the productive capacity of the economy as well as providing a boost to demand. 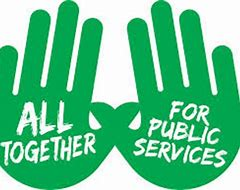 National budgets are not the same as our household budgets; all politicians know this - but Tories pretend ignorance when it suits them. How did Attlee's post-war Labour government and the Tory government that followed in 1951 reconstruct war-torn Britain? They borrowed money. How did Roosevelt's Democratic government in the 1930s begin to restore prosperity through the New Deal in the USA? They borrowed money.

The Manifesto then identifies seven specific public services. One can imagine each as a separate government department with its own minister. Here they are:


Time for a little reflection. I spent nearly four decades teaching in the classrooms of a number of schools in England and I fear that many children will have left school at 16 or 18 knowing very little about what politicians are responsible for and what politics is about. Far too controversial a matter for inclusion in the so-called National Curriculum! We have an electorate many of whom have been kept in the dark. Politics and politicians become 'boring' when no one can explain what is going on. Parents shrug their shoulders; teachers avoid the subject.

How cool when suddenly out of the blue, the opportunity arises to take back control over all these political matters that are so confusing and end up making life miserable. Cue the Referendum (2016). We will now leave Europe and all will be well. Only those same politicians that we can't make sense of - 'they're all the same, anyway!' - then stop us for nearly three years from having what we were promised: the right to decide our future. Until Boris stopped the rot. 'Thank God for Boris. I'm glad I voted for him.'

What price socialist vision in that scenario?

Here, in brief, is what Labour was and will still be offering in each of these seven areas:

The National Health Service is one of Labour's proudest achievements. The right to universal free-at-the-point-of-use healthcare is socialism in action. Our urgent priority is to end the Tory privatisation of the NHS - our health should not be a source of profit. A Labour government will build a comprehensive National Care Service and invest to end the social care crisis that impacts so damagingly on our hospitals through bed-blocking.

Our National Education Service will provide free education for everyone throughout their lives, promoting all types of learning - technical, vocational, academic and creative. We will end the fragmentation and marketisation of our school system by bringing free-schools and academies back under the control of those best able to shape their running - teachers, parents and local communities.

The primary duty of government is to keep people safe. The Tories took 21,000 police officers off our streets. A police force working within our communities and with their respect is the frontline for effective counter-terrorism.

We need to break the vicious circle of poverty, inequality and crime. Our prisons are failing and in crisis. The prisons need to be properly staffed yet thousands of prison officers' jobs have been cut. We will invest in proven alternatives to custodial sentences.

Labour will reverse the effects of Tory austerity on local government and aim to restore council spending powers to 2010 levels over the lifetime of the Parliament. Thriving local councils are vital to Labour's democratic transformation of the economy. We will act to bring services - from bin collections to management of leisure-centres - back in-house within the next Parliament, improving service quality, saving money and ensuring the people delivering our vital services are treated decently. Labour will develop a properly funded, professionally staffed National Youth Service to put right the tragedy that has seen at least 750 youth centres close since 2012.

A Labour government will halt the cuts and further invest in our Fire and Rescue Service, recruiting at least 5,000 new firefighters.

Digital connectivity will underpin our future economy. We need world-class digital infrastructure in which everyone can share. labour will deliver free full-fibre broadband to all by 2030.

What is there here not to like and celebrate?