On Saturday afternoon - October 12, 2019 - the St Ives branch of the Labour Party held a public meeting called ‘Austerity in St Ives’ and filled the Salvation Army Hall in Wharf Road, with around 40 people in attendance. The idea for the meeting had been developed in the discussion that followed my talk to the local St Ives branch of the Labour Party which was based on my three blogposts on the theme of Cornwall Under the Tourist Surface - press the links below to open these three posts:

Cornwall under the Tourist Surface - Austerity since 2010;

Cornwall under the Tourist Surface - the Treneere Estate in Penzance;


It has been so satisfying and exciting to be there at the birth of the idea for the meeting, help with the publicity and the delivery of flyers - and then be present at this important Labour event in Cornwall. We wanted to have a permanent record of the meeting so one of our members, Mary Fletcher, made contact with a local film-maker, Alban Roinard, and we hired him to produce a video of our speaker's talks. The summary below of each of the four talks is accompanied by a link to the video of that speaker's valuable contribution to the meeting. I've also added a link to the introduction by our constituency chairman - Rex Henry.


First, though, a detail about an important couple of minutes during that meeting. At one point - when Gill Pipkin in her excellent non-political talk about Citizens Advice in Cornwall and St Ives referred to those on benefit who had not been adversely affected by the roll-out of Universal Credit - a woman behind where Louise and I were sitting interrupted. She began making the case for all those in Cornwall whose lives have been damaged by Conservative policies based on the drive for Austerity. She was talking from the heart; she was a victim. Within a minute or two, she had become so angry she left the meeting - expressing in her final words her fury at anyone who had voted for the Conservative Party. That citizen of our country has been abused by those who govern our society. Her pain and anger must be heard and we must stop this madness.


The meeting began with an introduction by Rex Henry in which he concluded that we could now talk about a Dickensian world in which there was a tale of two St Ives: the comfortable enough one that most of us in the hall knew and appreciated - and the largely hidden one where hundreds and hundreds of citizens struggled to make ends meet.


The first speaker was Nicole Broadhurst, the Labour Mayor of Penzance, who explained that she had worked in St Ives in her role within social services and then gave a compelling account of how the programme of Austerity that has been government policy since 2010 was never an economic necessity but always a political choice. Her statistics and stories showed how much damage has been done to the British economy and to the lives of ordinary people, many of whom are in work that does not pay enough to live on – and so depend on a state benefit system that does not meet their needs – and end up relying on charity in the form of food banks.


Gill Pipkin, the CEO of Citizens Advice (CAB), followed with a non-political summary of the work of her independent organisation locally in these challenging circumstances. She apologised for not being able to establish a CAB in St Ives due to a lack of volunteers and noted that it was an indictment on society that Citizens Advice which had been set up in the 1940s as a war-time initiative should still be needed today. In Cornwall, in the most recent recorded year, there had been 8,500 clients with 39,470 issues; nearly all clients came to the CAB with multiple issues. The introduction of Universal Credit had worked for some but for around 20% nationally, it had been ‘a bit of a catastrophe’. In Cornwall, with its patterns of self-employment and lower winter earnings; zero-hours contracts; and lack of training in IT skills and access to computers, the situation was extremely challenging and felt most by those least able to cope. 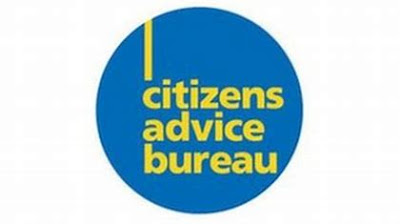 Paul Farmer, the Labour Parliamentary Candidate for Camborne, Redruth and Hayle, spoke next and gave a heart-felt picture of a society that now had huge problems, a lot of them arising from the deliberately imposed Conservative policy of Austerity, supported by the Lib-Dem Party in the Coalition Government (2010-15). We now have a society where the richest have seen their share of wealth rise by 5%, whilst the least well-off have become even poorer. It is an issue of imagination; the richest seemingly find it impossible to imagine what life is like for the poor. The media is part of the problem; press and TV appear more sympathetic to the natives of Borneo than our own poor. On the back of an economically insane policy, our nation has become diminished as the most decent things in our society such as schools and the NHS have been deliberately starved of money. Those responsible for Austerity have no vision for the future. Research shows that the areas most hit by Austerity are the ones most supportive of Brexit. The Austerity imposed by David Cameron has ended up creating a nation divided into two tribes, at present represented by the Brexit and Conservative Parties on the one hand and the Lib Dems on the other. The Labour Party has a vision that aims to unite the nation through policies for the many, not the few.


Chris Wallis, the organiser of the St Ives Food Bank, gave the concluding talk with a summary of how it first saw the light of day in 2012 and has grown since. Operating now from Chy an Gweal chapel in Carbis Bay, it provides 550 meals a week for around seven families, with that number rising during the winter months. In the Christmas period, 2,500 meals are served by volunteers. But all this is ‘scratching the surface’. This is only the ‘tip of the iceberg’. Children are going to school hungry; families would prefer to go to Penzance or Hayle for help to avoid the shame of being seen near the local food bank. The St Ives Coop food share scheme is helping top-up this church work. Expansion is necessary to meet the growing need that Brexit may well make even more acute.

The public discussion of these issues at the meeting was informed and passionate with land-reform being raised as an important way to respond to the present crisis.

The meeting concluded with Paul Farmer repeating his vision for a socialist future, fit for the 21st century, in Britain. Paul became a member of the Labour Party after Jeremy Corbyn was elected its leader in 2015 because he recognised in Jeremy a man who cared about people and had the policies to change our world for the better. I re-joined the Labour Party in 2015 for the same reasons.

Press this link here for my socialist story from the website.

Finally, a photo of the panel of our fine speakers: