I love the challenge of cryptic crosswords and in recent months I've been cutting my teeth on the self-declared 'fiendish fun' of Alamet's crossword on Saturdays in the Morning Star. Try yesterday's puzzle: 2 Down - Living near the surface of quiet glacier moving endlessly (7). 'Quiet' will be 'p' - that's easy. It took a while to realise that it was the letters of 'glacie' without the 'r' on the end that were needed for rearranging ('moving') to make 'pelagic', defined as 'inhabiting the upper layers of the open sea (chiefly of fish)', often contrasted with 'demersal', defined as living close to the floor of the sea or lake.


All of which brings us to my focus: fishy matters. Some weeks ago, I published a London Marathon training blog-post that featured graffiti on a huge fish shed in Newlyn that I noted as I ran. Here's a link to remind you or bring you to the story for the first time - press here. The graffiti had been removed the next time I ran past but the grievance against the Newlyn big-wig fishermen would not have been erased so easily. I assume this so-called 'mindless act of vandalism' was a protest by a

handful of small-scale fishermen directed at those in the local fishing industry who were controlling their operations and income. Of course, I don't know - and in the absence of investigative journalism or local knowledge, I remain in ignorance.

I was reminded of that episode in my running preparations for the London Marathon in a week's time when  a new Facebook contact - Fred Greaves - sent me a link to a post he had just discovered which told the story of how a small group of millionaire families control huge swathes of the country's fishing quota. Fred had re-joined the Labour Party, as I did, at the time of Jeremy Corbyn's election as leader. We share socialist values - and he's just bought a copy of my prophetic book: 'The Road to Corbyn'.


Here's the story that the organisation 'UNEARTHED', the journalistic arm of Greenpeace - see the link by pressing here -  has uncovered after a five-month long investigation into 95% of UK fishing quota holdings, including for the first time Scotland, the UK's biggest fishing nation. Let's declare our interest although it's pretty obvious already: we're on the side of the little guys, the small-scale fishers who have long hoped for a greater share of that UK fishing quota. The quality of the lives of the many are diminished when the few develop a monopoly that concentrates wealth in their own pockets.

Labour's shadow environment secretary, Sue Hayman, has responded by urging the government to redistribute the fishing quota to deliver a fairer deal for smaller boats. In her words, 'This government is to blame for a sector rigged in the interests of the super-rich'.

What does a spokesperson for the fishing big-wigs have to say? Here's John Anderson, chief executive of the Scottish Fishermen's Organisation (SFO) - a huge fish product group with several of the top 25 in its membership:

"Whilst it is true that there has been considerable consolidation within the pelagic catching sector over the past 20 years, with a trend towards fewer, more efficient vessels each with a greater concentration of fishing opportunity, the economic reality is that small-scale, inshore fishermen, many of whom are also members of the SFO, do not have the necessary capacity or markets needed to fully utilise the pelagic quotas that are already available to them." 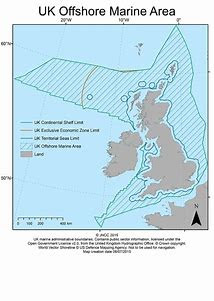 And here's a summary of the response from Jerry Percy, director of the New Under Ten Fishermen's Association that campaigns on behalf of fishermen with smaller, under 10m long vessels:

"Successive governments have mismanaged fishing rights, allowing quota to be consolidated on a handful of supertrawlers while smaller, low impact fishermen have been progressively starved of access …. smaller inshore vessels that make up 77% of the fleet have ended up with less than 4% of the quota …. This is privatisation of a public resource …. If you go back years ago, there was any number of smaller inshore boats that were reliant on mackerel and especially  in the North Sea before the inshore herring fisheries were decimated by overfishing by larger-scale interest."

Which way do you feel inclined to favour?

As you reflect, consider these words from Nick Underdown, of the Scottish campaign group Open Seas. He acknowledged that it was hard for smaller boats to take up mackerel quota without investment in onshore facilities to support them. "At the moment, the supply chain infrastructure favours bigger boats. But if we invest in processing with the strategic intention to help the smaller-scale fleet, then inshore fishery could bounce back. That would be a lifeline for those harbours whose fishing has declined due to consolidation."

My way of evaluating these matters was shaped a long time ago. I still have a copy on my bookshelves of the German-born, British economist, E.F. Schumacher's wonderful best-seller: 'Small is Beautiful - A Study of Economics As If People Mattered' (1973). Time for us all to read, or reread, such prescient thinking.