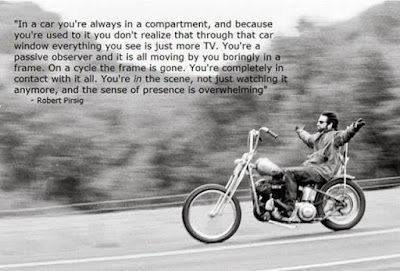 metaphysics of what listening to and watching Procol Harum does inside
my head. Beyond words, of course - but so real ...
Every best wish for your 'retirement'. When I left the classroom in
2009, I did so to become a writer and embrace life in a different way.
Not so much a 'retirement', more a realignment.
Rob'


To become a more than good enough writer it does help to be a reader too. That was always a problem in my teaching years. Never enough time to read the books that opened up new perspectives on living - other than the essential material I needed for my secret world outside the classroom as a closet academic. Now, nearly a decade into my new and realigned life, I have read so much more widely. There is most definitely a blog or two in revealing the genius of Byron Rogers to as wide an audience as possible - and why stop there? J.L. Carr and John Cowper Powys have come my way by recommendation and touched my soul. And magazines I 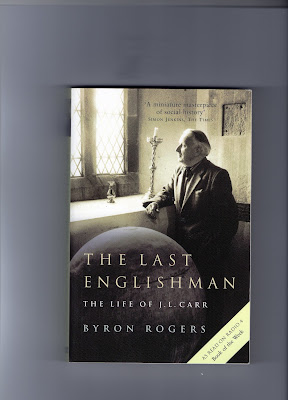 subscribe to are now read rather than just collected - an observation that brings us back to 'Philosophy Now' and the latest article from that publication to capture my enthusiasm and admiration. (Here is the link to help the circulation of this magazine of ideas.)

Brian Morris is emeritus professor of Anthropology at Goldsmiths, University of London. It was his article - 'Kant and The Human Subject' - in the December 2017/January 2018 edition of 'Philosophy Now' that provided the stimulus for this post.  Morris had set out to compare the way Kant's question: 'What is the human being?' has been answered by philosophers and anthropologists and his conclusions are ones that fascinated me. Please let me share them with you.

Immanuel Kant (1724-1804) suggested that the most important question in philosophy was neither truth (the study of which philosophers call epistemology), nor goodness (ethics), nor beauty (aesthetics) - but rather the question that is central to anthropology: 'What is the human being?'. Furthermore, Kant proposed that this question could only be answered empirically, and not by resorting to, say, metaphysics. in other words, the question could not be answered by faith or speculation but only by factual investigation. We can learn more about the human subject by studying anthropology and ethnography, sociology, psychology, ethology, and now evolutionary biology, than by engaging in speculative academic philosophy about human being-ness, in the style of Husserl, Heidegger, or Derrida.

Professor Morris has already examined how Western philosophy has identified the human subject - the self - with consciousness and then shown how anthropologists have emphasised the diversity of different cultures' views of the self - see Morris, Brian (1994), 'Anthropology of the Self'. Morris - in his article in 'Philosophy Now' - divides these diverse responses to understanding our selves into three main approaches.

First, there is what he calls the essentialist - that is the approach that sees the human subject or self in terms of a single essential attribute.  Morris will conclude that this approach is less than satisfactory but I am sure you will recognise some of the examples he cites - homo economicus ('economic man'), homo faber ('the tool-making primate'), homo sapiens ('wise man'), homo ludens ('man the player'), Richard Dawkin's view of the human person as a biological machine, and John Gray's depiction of humans as a wholly predatory and destructive animal - homo rapiens.

Such singular accounts, Morris finds inadequate. Why? Humans are fundamentally both natural and cultural beings - with innate and learned characteristics. Our language, self-identity, and social existence are interconnected. Human nature is as much a product of our historical development as it is of our biological inheritance. Hence, Morris examines the second of these three main approaches: homo duplex - the human person who is, in the words of Emile Durkheim (1915), 'two beings ... an individual being which has its foundation in the organism, and a social being which represents the highest reality in the intellectual and moral order'.


However, this duplex account Morris finds wanting too. He points out that what tends to be downplayed or even ignored in such dualistic conceptions is human uniqueness and agency. Our consciousness of our own self and our capacity to reflect and act on this self-awareness is truly remarkable. Therefore, Morris returns to Kant and his more complex triadic conception of the human subject. This becomes the substance of Morris's third and final main approach.

At the age of 74, Kant published 'Anthropology from a Pragmatic Point of View' (1798) in which he proposed three distinct, but interrelated, ways of understanding the human subject: firstly as a universal species-being (mensch) - the earthly being endowed with reason; secondly as a unique self (selbst); and thirdly as part of a people - as a member of a particular social group (volk). Reading and thinking about this suggestion 220 years later, it seems to me remarkably insightful. Try applying it to yourself as I have. How would you answer the alien who asks you - in an Alienese immediately translated into English - the question: 'Who are you?' A full answer requires detail from all three ways for self-understanding proposed by Kant.

Professor Morris warns of the danger of downplaying any one of these three perspectives. It becomes so easy to end up with, for example, an over-socialised model of the human subject. Each of these three approaches to the human subject - the biological, the psychological and the sociocultural - has a certain validity and a fundamental part to play in answering the question: 'What is a human being?' What is needed is an approach that integrates all three.


I hope you have some stimulating fun asking yourself some interesting questions after reading this post.  Maybe, you might venture to leave a comment and we can then get a Socratic dialogue off the ground.