A BOLIVIAN COUP MISREPORTED BY OUR MAIN-STREAM MEDIA (MSM)

Back in February this year I published a blogpost 'Venezuela - the other side of the story'. I had been so shocked at the difference between the facts as I had come to understand them from sources I trusted and how the events in Venezuela were being presented in our mainstream media (MSM) that I felt compelled to create my own account of this media bias against the left-wing.

Here's the link to that blogpost: https://robdonovan.blogspot.com/2019/02/venezuela-other-side-of-story.html

Most of our media tend to follow the bidding of our right-wing politicians in government who in turn follow the lead of their right-wing allies in the American establishment who have a visceral fear and loathing of socialism on or near 'their' continent of America, north or south.

Plus ca change - capitalism rampant is still the same beast. Now it's Bolivia.

The Observer newspaper had a leader on the subject of Bolivia last Sunday (17.11.19) a couple of weeks after Evo Morales, Bolivia's president since 2005, was forced out of office and out of the country. The headline reads: Morales was a victim of his own refusal to hand over power.  What follows is in the best tradition of a certain type of English liberalism - an acknowledgement of the merits of a person or set of ideas, followed by the knife in the back. Let me give you the good stuff first:

'Broadly speaking, Evo Morales was a successful leader of Bolivia. A trade unionist with familial roots among the country's indigenous peoples [a long-winded way to say he was an ethnic Bolivian, without European settler ancestry] he was first elected president in 2005 and was twice returned to office with substantial majorities. Morales is credited by the International Monetary Fund [a staunch supporter of capitalism] with achieving a drastic reduction in poverty among farmers and coca growers and a societal revolution that transformed the standing of Bolivia's numerous ethnic groups.

A convinced socialist, Morales identified with the late Hugo Chavez's Bolivarian revolution in Venezuela and with other left-wing leaders such as Luiz Inacio Lula da Silva, Brazil's former president. He championed a 'plurinational' constitution that guaranteed equal rights for all citizens, effectively ending the monopoly on power previously enjoyed by Bolivians of European descent. His time in office also saw a big increase in women's political participation.'

Very good so far … but the tone changes.


Just think how many enemies were waiting their moment amongst the rich and formerly powerful in Bolivia. Fourteen years waiting for the slip, the moment off-guard. Come the sixth paragraph, The Observer's leader is following their script:

'But it was Morales's determination to grab a fourth consecutive term, and his alleged rigging of last month's elections for that purpose, which precipitated his downfall … By his latest actions, Morales has obscured the good he has done and created a personal tragedy. Here, again, is the familiar story of what happens when leaders outstay their welcome.'


There you have it - a classic example of gutter journalism from the pages of a so-called quality broadsheet. 'Gutter journalism' - really? Consider these facts: 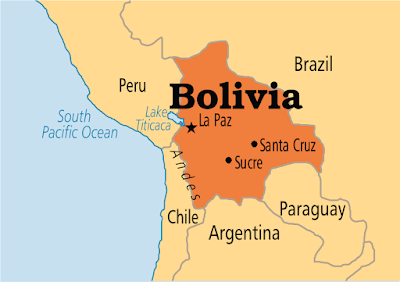 Read the Morning Star, as I do each day, to get a better grasp of what's going on in the world. Don't be fooled by what you read and hear in the MSM. I've made time to produce this blogpost even as I canvass for a Labour government here in the UK because we all need a global vision. We need to understand just how threatening the idea of socialism is to the few who at present control the levers of power and rake in the wealth.

'Jeremy Corbyn decried the forced resignation of Bolivian President Evo Morales as a coup yesterday, condemning the army's demand for the socialist leader to step down as "appalling" -  "I condemn this coup against the Bolivian peoples and stand with them for democracy, social justice and independence'."

There are a number of international leaders and governments who are fearful of a Jeremy Corbyn-led socialist government coming to power in the UK through a democratic General Election. His vision is the opposite to theirs.