This is a birthday blog - my 69th on 24.09.17 - and to celebrate I want to sing the praises of a fellow writer down here on the tip of Cornwall. Press this text here to find the link to the book - 'A note from Winterbottom' - on Amazon. I'd like to urge you to purchase it from a local bookseller for all the reasons you would expect me to cite as an author who takes his socialism seriously but it is only available from Print on Demand on Amazon, as a paperback or on Kindle - although the Edge of the World bookshop in Penzance does have one copy (and one copy of my 'The Road to Corbyn') . Self-publication is fraught with difficulties. Without further ado, here is a picture of the front-cover: 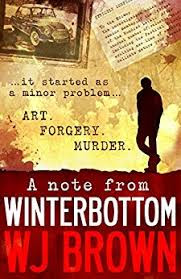 Let me tell you the story of how I came to read this book and why I am devoting this blog to my recommendation that you get a copy and read this extraordinary book for yourself.

Louise and I returned yesterday from our secular vacation on the holy island of Patmos in the Aegean. Three weeks seeking the three Rs - rest, recovery, and recharging. I can report back: Mission accomplished. The place never fails to work its healing magic. But then there is a good and thought-provoking precedent for its inspirational nature - the early follower of Jesus the Nazarene known as

John the Divine wrote the wondrous scripture that became the last book of the Christian bible on Patmos, probably around the 80s and 90s in the first century during the persecution of Domitian. Those were the days of apocalyptic expectation, a time to look forward to the wicked being consumed in fire and fury with the blessed feasting on their own virtue and vindication. John's vision is a difficult one to trump - but not impossible. 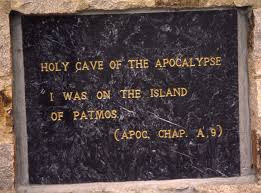 Be that as it may, I had a fourth R to pursue during my time on Patmos. Repaying my debt to W J Brown.

I first met W J Brown in 2015. My brilliant saxophone tutor, Clare Lynch, had learned of my writing life and that I was seeking publication for my cross-genre political fantasy-cum-critique of the Coalition Government in the UK (2010-15). My book was then called 'Deception'. It was soon to be transformed into 'The Road to Corbyn'. Clare brought together a cluster of writers she now knew including William Joseph Brown, Roy Phillips - an established Cornish writer of high-quality stories - and myself. We met and introduced our books to Clare's friends.  Read the acknowledgements at the end of 'A note from Winterbottom' and you will find that William thanks Roy Phillips and Rob Donovan for their comments and encouragement. I remember being very grateful first to Roy who spent the whole of the next day reading my manuscript from start to finish and then reporting back favourably and then to William who proof read my pages to telling effect and relayed his pleasure in reading my words. 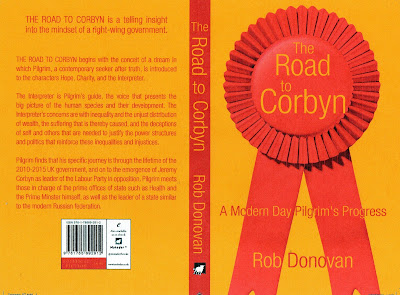 So who is W.J. Brown? Here is his official biography:

William Joseph Venning-Brown (he dropped the Venning in early adulthood), known as Bill Brown, was born at the end of the Second World War.  He went to boarding school, where he became a lance-corporal in the cadet force and organised the Old Boys' tea party on Founders' Day.  His political views, inherited from his grandfather who was a member of the Social Democratic Federation, were reinforced at this school and have changed little since.

Upon going down he went on a trip to the Soviet Union, organised for recent graduates of Oxford and Cambridge by the Soviet youth organisation Komsomol.  During this trip, while he was eating caviar and drinking Russian champagne on the banks of the Volga with a like minded friend, a determined attempt was made by means of the most traditional of all methods to recruit them as agents of the KGB.

He entered Government service, working in a specialist unit and listed as an employee of the Ministry of Transport, after spending some time at the University of Essex during a period of student unrest, where he had nevertheless found time to write a lucrative text book.

Subsequently he worked at the universities of Strathclyde, Birmingham and Warwick, while maintaining his connection with Government by undertaking various ad hoc projects.

He retired to live near Penzance with his Cornish wife.


Once 'The Road to Corbyn' was self-published in 2016, I promised William that I would read again his own work that had been self-published on Amazon late in 2015. It is very frustrating for an author who produces a book that clearly finds favour with others to find that no publisher is prepared to take a risk and make money from that writer's creativity. I am still doing all I can to advance the sales of what has now become my book of prophecy, aka TRC. And I would also like to help to increase the sales of ANFW because it is a remarkable tour de force. It really does deserve all the accolades my wife Louise bestowed in her Amazon review after reading it for the first time on holiday this September in Patmos: 'Gripping - when I got to the end, I wanted to start reading it from the beginning all over again - when is the film coming out?'.

What is so special about 'A note from Winterbottom'?  In no particular order:

I could say more but I hope that whets your appetite. Do get a copy and read this remarkable story. Christmas is but a few months away. Here is the link:
A Note From Winterbottom - Amazon

And join the 'Winterbottom is trending' movement.
Posted by Unknown at 23:10