RUNNING TO REDISCOVER THE PORTALS OF OXFORD - PART 4

Sunday October 9 is the date this year for the Oxford Half Marathon. I couldn't resist the challenge when I realised that Oxford now had a half marathon instead of the 10 k I loved so much back in 2010 when I finished in 64:16. I must have been caught up in the emotion of it all; the year before I had completed the Wymondham New Year's Day 10k in 59:40 and two years later in 2012 I managed a Broome 10K in 61:19. But who cares about times when you're running past portals into your own life - three years an undergraduate (1967-70), six years a resident (1980-86). I remember being so weary when I reached the University Parks at the end of that 10K in 2010. For over an hour I had been revisiting some of the most formative experiences of my whole life.

Well, I'm doing it all again in 2016! I love going back to Oxford for college gaudies every five years or so and now I have another excuse. The first picture on this blog shows a very weary me striving for the finishing line in the Parks in 2010 and the second picture reveals the route this year in 2016. I shall enjoy blogging about the Oxford run in October after I return - and keeping anyone interested up-to-date about my training for the London Marathon in April 2017 now I have secured a gold bond place to run for the Salvation Army and raise money for their drug rehabilitation/addiction services. That prospect is so exciting!

Today, the last day of July, I started my serious training for Oxford (and of course London) by completing two circuits of my local 3.5 mile up and down hill run - 7 miles in 74 minutes. Not too bad for starters; the body and mind were working in gentle harmony without too much resistance. Next Sunday, 8 miles; the Sunday after, 3 circuits (10.5 miles); the Sunday after that, 11.5 miles - and the final Sunday in August, 4 circuits (14 miles). Plus two additional one circuit runs and one gym session in each of these four weeks. Then it's off to Greece and the island of Patmos for the best part


of three weeks in September. No running, I think -  heat and dogs to avoid - but plenty of  regular walking and swimming every day in the Aegean. Once we're back  in the UK I'll train down and reduce the length of the training runs so we can have a go at getting inside 2 hours 30 minutes again for a half-marathon.

I am refusing to grow old and wear the bottoms of my trousers rolled. (I knew the line was from Thomas Stearns Eliot but it took a few delicious and stimulating minutes to find the poem from which the line came. It's 'The Love Song of J. Alfred Prufrock' (1917). My copy of his Selected Poems is a falling-to-bits 1951 reprint of Penguin Books first edition of 1948 in which the inside cover states simply in the course of a page of penetrating analysis that T.S. Eliot is the major poet of this modern age. I find no reason to alter that judgement.) 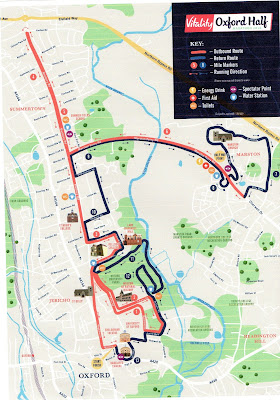 Literary asides take me to another purpose to this running blog. I want to share my thrill at having had the opportunity to listen to the tales of a man who in his late twenties ran from Stoke-on-Trent in the Potteries in England to Australia. The year he set out was 1974. Now in July 2016 this man, Kelvin Bowers, a resident of St Ives, was giving the monthly talk to FOSILS - the friends of St Ives Library service. Rod Humphries - I enjoyed very much reading his 2012 story: 'The Last Coal Trip to Tenby' - is the brains behind this entertainment and he had invited me to deliver the talk a couple of months previously (photo images in my gallery on the website, courtesy of the St Ives photographer, Leo Walker). Get a copy of Kelvin's autobiographical tale: 'throwing plates at the moon' for the full  story of this remarkable adventure that took him - and his running companion and his wife and son in the support van - through Iran and Afghanistan to name but two of the scenes of extraordinary risk and survival. Never mind heat and dogs, they were dodging stones and machetes.

The joys of being young and not averse to risk! Louise is working on her own blog at the moment and within it she's exploring the importance of following your dream. Kelvin did - and what a story he has to tell.