picture - David with his daughter, Aba: 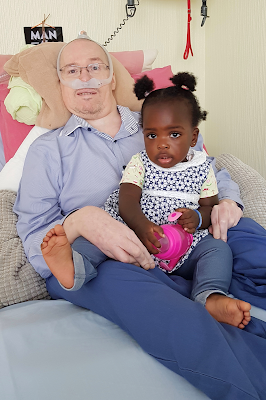 A link through the British Newspaper Archive to the Daily Mirror, Thursday October 9, 1975 and The Inside World Today column by Peter Senn - and tucked away bottom right, this story:

A link through the British Newspaper Archive to the Coventry Evening Telegraph, Friday 12 May, 1972 which carried this picture and story as a flyer for a Jago Stone/Laurian Hagberg art exhibition in Rugby: 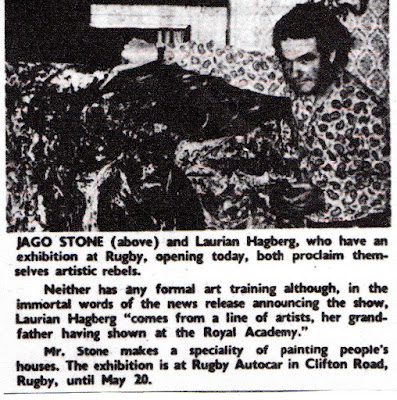 A link through the British Newspaper Archive to the Coventry Evening Telegraph, Saturday 13 May, 1972 which carried this advert for the Jago Stone/Laurian Hagberg art exhibition in Rugby: 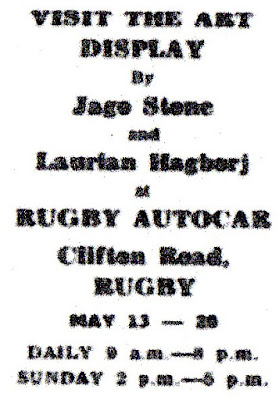 A link through the British Newspaper Archive to the Coventry Evening Telegraph, Friday 23 May 1975 in which this short article appears under the title: Jago Pays Up:

* Jago Stone used to rob
churches. among them was
that at Chipping Warden,
near Banbury. Tonight, Jago
hopes to repay the church by
giving proceeds of any sales
of his book, the "Burglar's
Bedside Companion", made
during a signing session at
Tina's Cottage Craft Shop,
Chipping Warden (7 p.m.).
The reformed burglar lives
in the Chipping Warden
area, and the days when he
dressed up as a monk to
make his raids have gone. In
prison he also discovered his
talent for painting, and was
seen on television recently
with some of his work.

Tina's Cottage Craft Shop in Chipping Warden must, I assume, have belonged to Tina Shrimpton, who in the 60s had called herself Chrissie and was the younger sister of Jean Shrimpton, the iconic model. Chrissie had been the girl friend of Mick Jagger the rock musician, another iconic figure, in the early and mid-60s. Tina had opened a boutique in Chipping Warden in the early 70s that seems to have evolved into this Cottage Craft Shop. The first time the postmistress of the nearby village of Hellidon met Jago, he was advancing down the street wearing his fedora and cloak, holding a woman close on each arm. One of those women was Tina Shrimpton. I tell the story in 'Jago' in Chapter 6.


I doubt that Jago did actually rob the church at Chipping Warden. Such an episode doesn't feature in the press cuttings that record his early criminal years. But it does makes a good story for the media whose attention Jago sought to help his business as an artist.

David explained in an email the next day how he had been moved to see what a newspaper search on a site he had found might achieve because of the way in which I had written 'Jago'. In his words:

"But what I think is interesting is that it happens. I mean input from me, and from the others, because of the way you have written the book. In many ways it is very inclusive … About a week ago in the Guardian there was an article about the way they can't find a new way of writing novels. I know your book is not a novel but I feel it's quite a new way of writing in many ways."

Thank you, David, for sensing that 'Jago' is breaking new ground. This biography has become a collaborative venture in which a range of participants play their part in the rediscovery of Jago Stone. I am both the writer and the editor of other people's contributions. If you are reading this now and thinking 'My memories, my knowledge haven't yet been recorded', please do get in touch and become involved. Your contribution will be acknowledged.

The last word lies with Aba - a metaphor for the task facing every biographer: 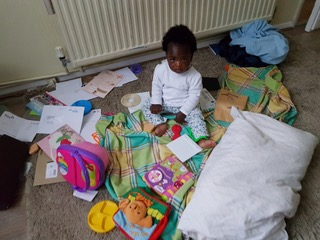