Following the established pattern, here is the May Mailchimp newsletter recirculated as a blog. For the record, there has been no further news from the land of Caxton from any quarter. We wait - and dispatch more submissions.

MAY 2018 - UPDATES ON 'JAGO' AND PROGRESS TO PUBLICATION

If you know anyone you think might be interested in these mailings about 'Jago' do encourage them to follow the link to my website. Here it is: http://www.robdonovan-author.co.uk/JagoStone-Biography.html
You can also use this page to access my Jago Stone blogs.
Copies of 'The Road to Corbyn' can be purchased at a discount using this link: http://www.robdonovan-author.co.uk/TheRoadToCorbyn.html. I am chuffed to see the Morning Star carrying my advert for TRC yesterday, May Day!
A reminder about my Residency at the Redwing Gallery in Penzance in June this year - I'll be there from 10.30 to 12.30 every Tuesday and Saturday morning throughout June, with a programme of eight 45-minute talks, each running from 11 to 11.45 in my 2-hour slot. The subject matter will vary - four different talks on 'Jago', two on 'TRC', one on 'Drink in Victorian Norwich', and one on 'What's Wrong with Schools'. I'm looking forward to the experience - and hoping I can sell more copies of 'The Road to Corbyn' and get even more people interested in 'Jago'.
In this month's Newsletter, I thought I would share my experiences so far in my moves to secure publication for 'Jago' - and gift you some, until now, unpublished images of Jago paintings.
Having completed the draft of 'Jago' by the beginning of March, I decided to focus initially on approaching literary agents rather than publishers. There are very good reasons for putting the task of securing a deal with a publisher in the hands of someone who understands the publishing market. The 'Writers' & Artists' Year Book 2018' is the current gospel for those supplicants who desire ordination by publication and so I started at the back-end of the entries for 'Literary Agents U.K. and Ireland' and began working towards the front, picking out any agent who specified an interest in 'biography'.
Thus far, averaging one a week, I have contacted eight agents from those pages. I have also emailed two in the United States, one in New York and one in California, from the pages in the Year Book for 'Literary Agents Overseas'. Ten in all. Seven remain in silence, three have responded. I should say at this point that I have now discovered from webpages that supplicants can expect to wait 6-8 weeks in most instances, although some agencies take legitimate pride in a much faster turn-around. 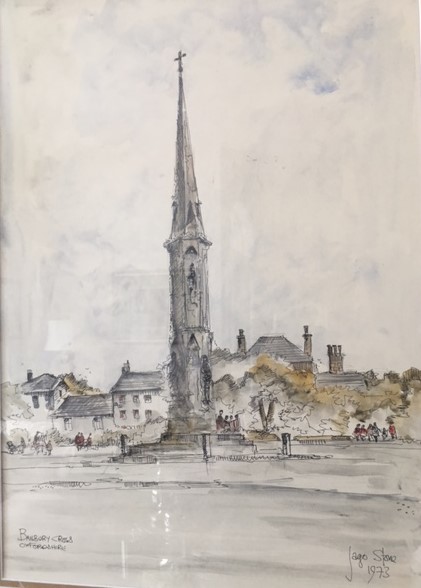 My thanks to Nick Michas for this image of Banbury Cross, painted by Jago in 1973

I was impressed with the quality of the Robert Smith Literary Agency website, one of the three agencies that has responded so far - and with their speed and manner of dealing with my submission. Twenty days later (13-04-2018), I had


the following email: 'Thank you for your interesting submission. Unfortunately, I am afraid that due to our existing commitments at the agency, this is not a project we would be able to handle at the moment. We wish you every success ...'. There are worse ways to be rejected. 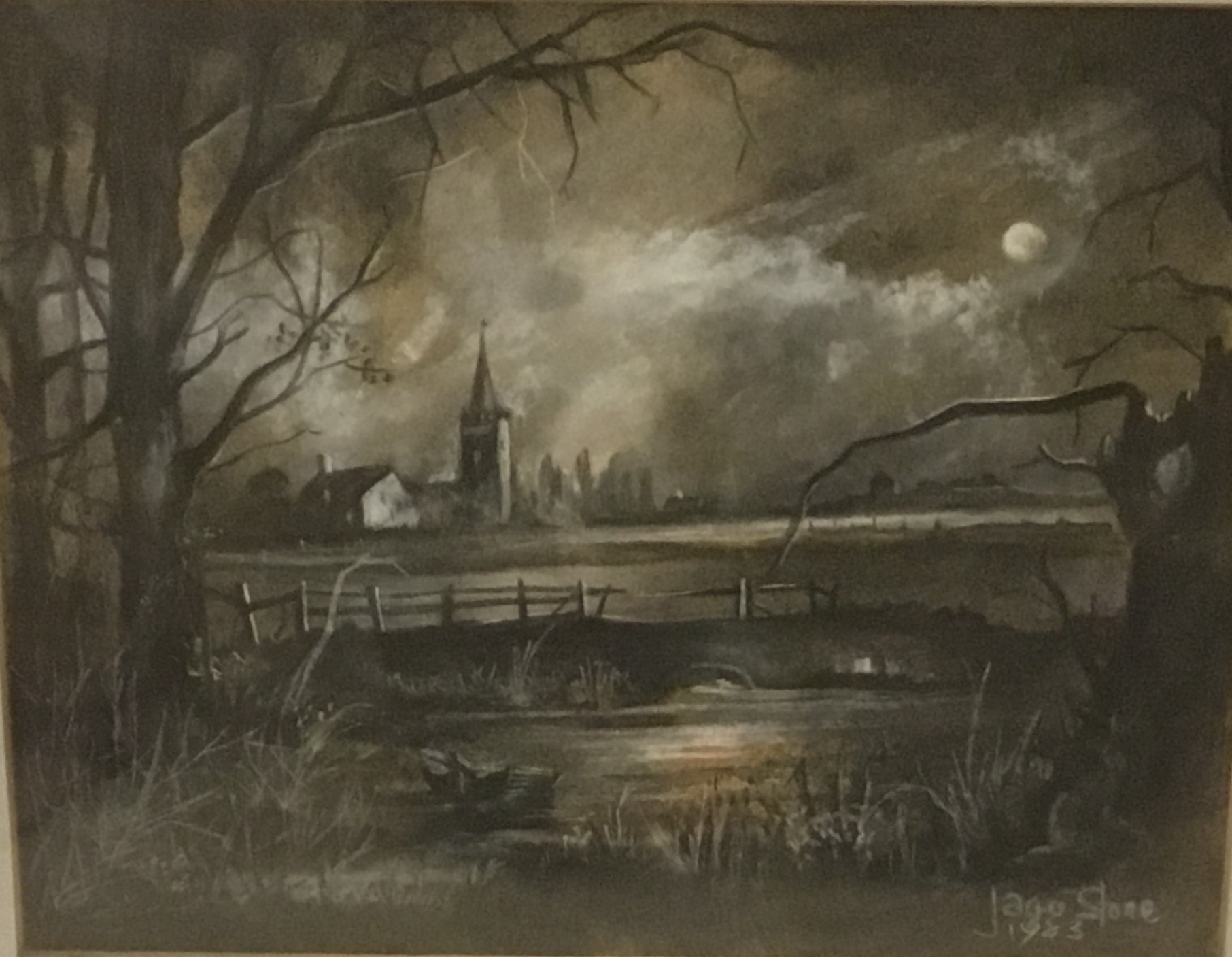 My thanks to Merlin Porter for this image of an untitled painting by Jago in 1983
The other of my two declines to date came from the Emily Sweet Associates Agency. I had been asked as the supplicant to write an initial letter explaining the project. This I did - and was thrilled to get an almost immediate response requesting more material. All this back in March. Unfortunately, very quickly came a negative response - the writing 'was not quite compellingly enough'. A thick skin and a justified belief in your talent are essential in this game.  I did realise though that I may have been remiss in not factoring in the issue of age. Literary agents  need to acquire writers who will be published - and who will enjoy a career as a successful writer. When I looked at the page for Emily Sweet clients and saw their photo images, I was looking at talent that had three, four or five decades more of potential profit in them rather than my decade and a half. No matter. It's the quality of the biography and the numbers of people in the States and in the UK who will want to read the story that will determine the matter, at least for one agent and one publisher, hopefully. 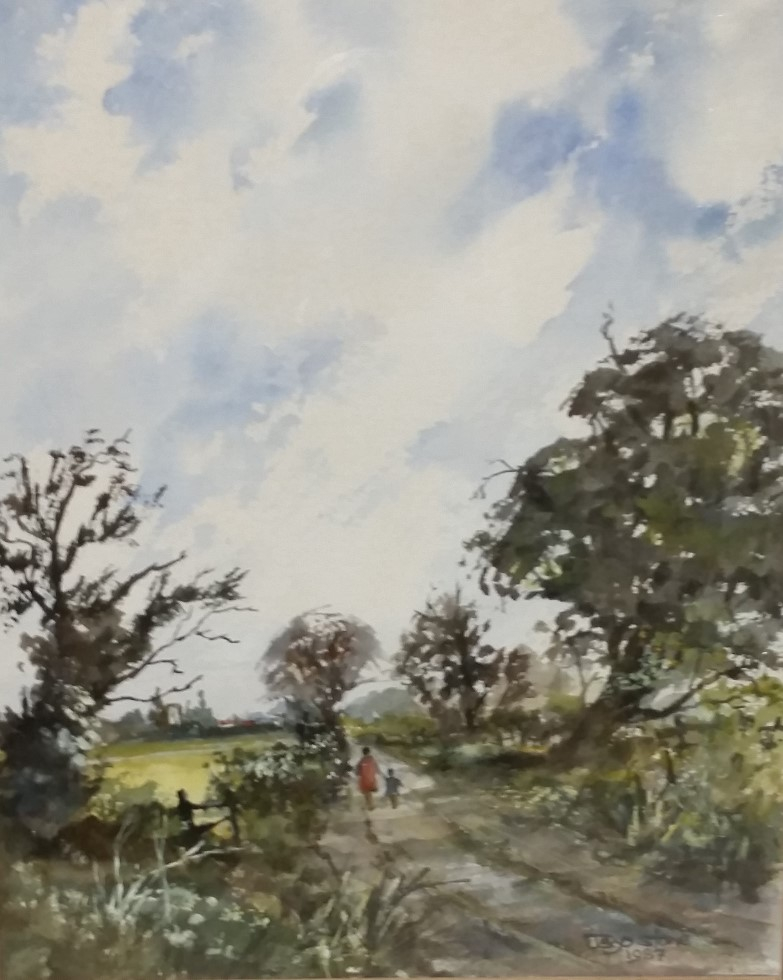 My thanks again to Merlin Porter (Jago's youngest son) for this image of an untitled painting by Jago in 1987 - the year before his death
I spoke of three responses so far and have referenced two rejections. The third response was not a rejection and is both hopeful and interesting. I had made a submission by letter as requested to the Jeffrey Simmons agency. It was clear from the website that Jeffrey was even older than me and had developed a formidable reputation over a number of decades. One comment on the website suggested that he was not taking on new clients. Undaunted, I wrote my letter and got a response from Jeffrey himself thanking me and making this observation:
'You say that the market is already established but my initial reaction is that the mainstream publishers with whom I mainly deal will regard it as too 'niche', the fashionable word used to say no to books that they feel will not sell sufficient copies for their purposes.'
Therein lies a problem - but Jeffery's letter ended on an upbeat note:
'If you care to respond further, I will discuss the matter with my colleagues'.
I did write back - and now I wait. 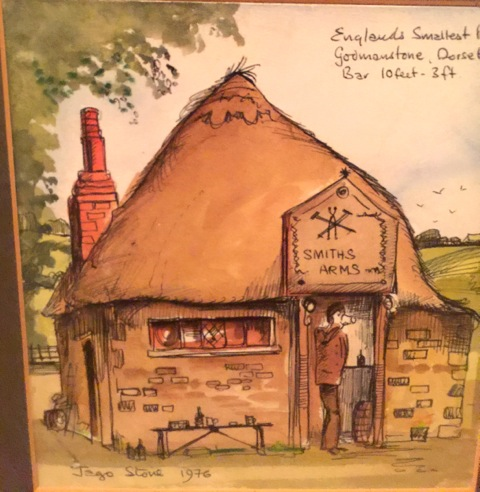 Should be fun! I am going to enjoy myself - and hopefully so will my audiences.