Last week, in Part One of this post, I focused on the ideas of Professor Richard Bentall - for more press this link here. This week, in Part Two, I begin with the thoughts of his colleague, Peter Kinderman.

In February 2016, following Bentall's Open Letter to Stephen Fry with its telling presentation of the critical importance of social determinants in our psychological wellbeing, Kindermann and a group of colleagues, including Bentall, wrote a parallel Open Letter to the BBC and other media organisations about their inadequate coverage of mental health issues. Over a thousand mental health professionals and people who had experienced mental health problems soon signed their letter in which a critique was set out concerning the coverage of mental health in the recent BBC 'In the Mind' series. 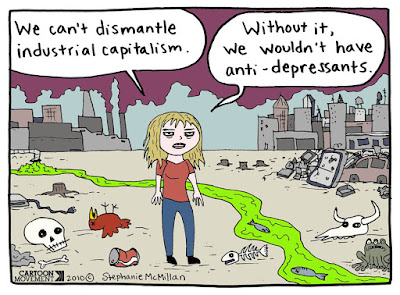 Their primary complaint was that the BBC programmes seemed to suggest that psychiatric medication - drug treatment - should be the main, if not the only, treatment for mental health problems. They pointed out that such a message is harmful because it potentially leads to hopelessness, despair and prejudice and discrimination. And they also expressed concern about the long-term efficacy and safety of those drugs. To simply promote medication without also presenting other approaches such as psychological therapy is biased and irresponsible.

The letter concluded with the plea that as a matter of urgency the BBC commission a similarly high-profile programme featuring professionals and service users who adopt the alternative approach that the letter has outlined. The Director of the BBC, Tony Hall, responded with a brief note signifying little or nothing in March 2016; my Google searches have shown no further action by the BBC. What


do you conclude? One comment I noted in my searches said the BBC needed to 'redeem their journalism' - do you sense, as I do, that the notion of the independence of the BBC that I grew up with has withered on the vine? Perhaps there never was quite that golden age of fearless journalism and independence of spirit - but, as my wife reminds me, it was the BBC that showed to such effect the Ken Loach-directed 'Cathy Come Home' in the 'Wednesday Play' slot in 1966. 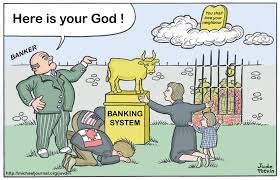 So why would such a one-sided series of programmes about mental health be produced? Whose interests are served? The pharmaceutical industry - the drug companies - come straight to mind. Professors Bentall and Kinderman are too polite and apolitical at present to make this connection directly but the case makes itself. Those who are caught up in the pursuit of profit in a capitalist world that lacks adequate regulation and suffers an impoverished sense of morality will lobby to protect their own interests and ideologies. The bosses of the BBC will be subject to seemingly telling pressure from industrialists and politicians. 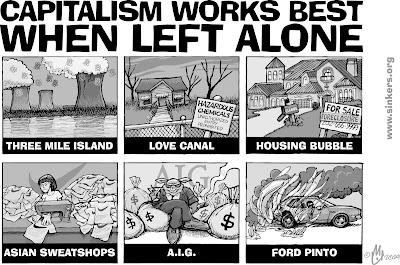 The stance of those critical of the bias shown by the BBC found support in the summer of 2017 with the appearance of the United Nations Special Rapporteur's report on the mental health sector. The report called for a move away from mental health services which are coercive and inappropriately medicalised to ones that are recovery and community-based and promote social inclusion. Here are some quotes from the document:

"We have been sold a myth that the best solutions for mental health challenges are medications and other biomedical interventions."

"Conventional wisdom based on a reductionist biomedical interpretation of complex mental health-related issues dominates mental health policies and services, even when not supported by research."

"For decades now, an evidence base informed by experiential and scientific research has been accumulating in support of psychosocial, recovery-oriented services and support and non-coercive alternatives to existing services."

The biomedical Emperor is looking - at last - as naked as he really is. But the strains within the world of the professionals concerned with mental health are having an effect. In August 2017, Peter Kinderman and others took a decision to set up a new organisation for clinical psychologists and then found the board of the British Psychological Society (BPS) unwilling to endorse this division of responsibilities. Professor Kinderman is left hoping that the BPS will come round to accepting this new 'more dynamic' Association of Clinical Psychologists.

It seems to me that there are two big issues in all this.

One is the evident power of those who support the biomedical model as the remedy for mental distress - and the role of the pharmaceutical industry in ensuring the prevalence of this drug-oriented approach. Here is a classic illustration of the success of the capitalist pursuit of profit at the expense of the interests of people - and at the expense of reason and empirical research. 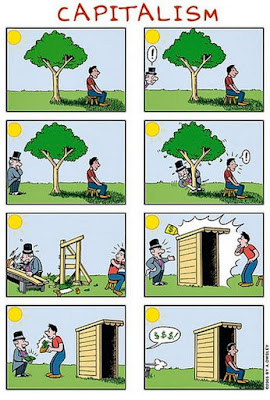 The other is the role of our society, shaped by inadequately regulated capitalism, in generating mental illness. This is the argument that Rod Tweedy explores in his Red Pepper article. Tweedy cites a number of authorities in support of the argument that capitalism leads to neurosis:

Joel Kavel, a former psychiatrist and professor of political science, wrote about "the colossal burden of neurotic misery in the population, a weight that continually and palpably betrays the capitalist ideology, which maintains that commodity civilisation promotes human happiness ... If, given all this rationalisation, comfort, fun and choice, people are still wretched, unable to love, believe or feel some integrity in their lives, they might also begin to draw the conclusion that something was seriously wrong with their social order".

Karl Marx emphasised the centrality and importance of human creativity - and lamented that for so many this spirit is stripped from them through their subservience to the capitalist pursuit of profit. They become alienated. And we can't buy our way out of this misery. Acquiring more commodities, assuming one can afford them, fails to alleviate the sense of unease. As George Monbiot rather effectively said: "Buying more stuff is associated with depression, anxiety and broken relationships. It is socially destructive and self-destructive". Capitalism, as Sue Gerhardt points out in her book 'The Selfish Society', reshapes our brains in its own image: "... we would miss much of what capitalism is about if we overlook its role in restructuring and marketing desire and impulse themselves".

And then there is the effect of inequality. Capitalism unregulated generates inequality. As the Royal College of Psychiatrists reported in 2010, "Inequality is a major determinant of mental illness: the greater the level of inequality, the worse the health outcomes". 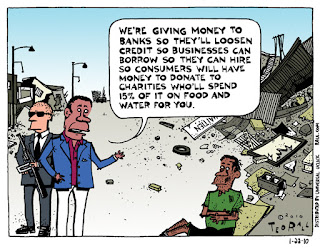 Some have even seen suggested that capitalism itself can be seen as a pathological system. Robert Hare, a leading expert on psychopathy, has commented: "Serial killers ruin families. Corporate and political psychopaths ruin economies. They ruin societies." What price George Osborne and David Cameron as political psychopaths? Google the Hare checklist and draw your own conclusions. 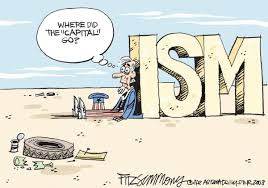 Rod Tweedy concludes his stimulating piece with a plea for a new dialogue between the personal and political worlds, a new integrated model for mental health and a new politics. I was reminded of the wisdom of Robert Pirsig that I explored in my post in early December 2017 - and his integration of all human experience into his Metaphysics of Quality (press this link here to read more). We are living in interesting times - and that needn't be a curse.
Posted by Unknown at 11:05