MIND MATTERS IN OUR CAPITALIST WORLD - PART ONE

There is nothing controversial in stating we live in a global world shaped by capitalism. So what is this capitalism, this capitalist economy? Let me borrow from the explanation of Ha-Joon Chang, a Cambridge economist of remarkable sanity and sense, in his Pelican 'User's Guide to Economics' (2014): 'Capitalism ... is an economy in which production is organised in pursuit of profit ...'. Of course, beyond this truism matters become more problematic.

Capitalism is a slippery-eel kind of word. It has different meanings to different people - and there has been change over time. I don't hear Jeremy Corbyn as the leader of a Labour Party pledged to reverse the dire consequences of neoliberal Tory-inspired misgovernment since 2010 calling for the overthrow of Capitalism in the name of Socialism. What I heard at Heartlands in Cornwall, listening to him speak, was a call for a socialism fit for the 21st century. JC's socialism is a radical but pragmatic bid to ensure that the capitalist market is regulated to serve the best interests of the many and not the few. Profit alone should never be taken as the justification for financial or political action. People matter and must be a primary concern.

Unfortunately, things happen that are prejudicial to our good health when those who are driven by a singular pursuit of profit at any cost hold the strings of power. More and more people in the U.K are getting this truth - which is why the neoliberal Tory government are doing their level best to avoid another General Election. Universal suffrage is the hard-won achievement that remains the people's defence against those with the wealth and power to control and manipulate. 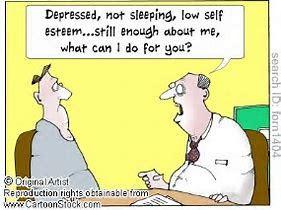 I have become more deeply conscious over this Christmas break of a rather dreadful way in which those who have wealth and power - consciously or unconsciously, or any combination of those extremes in the spectrum of human thought - are actually making our mental landscapes more disturbed. An article in a left-wing magazine of repute caught my attention. The magazine was the


Oct/Nov 2017 edition of  'Red Pepper' - one of its co-editors is Hilary Wainwright who I remember as a socialist undergraduate along with the late Christopher Hitchens at a sit-in at the Randolph Hotel in Oxford in 1968. The article was headlined: 'A mad world: capitalism and the rise of mental illness'. The author, Rod Tweedy, was asking the question: What if it's not us who are sick but a system at odds with who we are as social beings. The idea itself was not new - but the academic psychologists who were cited in support of the case were not familiar to me. This two-part blog is my opportunity to share the wisdom that I have gleaned from their writings. 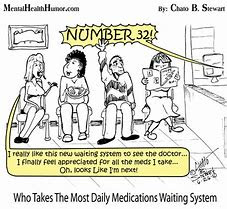 Let me introduce you to the two academic psychologists who I had little or no knowledge of before this Christmas - and if you do know them please excuse my ignorance. They are Richard Bentall, professor of clinical psychology at the University of Liverpool, and Peter Kinderman, president of the British Psychological Society (BPS). Bentall supervised Kinderman's doctoral studies some years ago. They think along the same lines - and they are both adamant in their academic judgement: social determinants are overwhelmingly important in explaining our psychological wellbeing - or its converse. The fact that one in four adults has been diagnosed with mental illness and four million people take antidepressants each year is largely due to the adverse state of our society.

In the last few years, individuals of varying fame have come out and identified their own mental health issues, with an emphasis on these being more in the past than in the present. Alastair Campbell the politician, Stephen Fry the actor, and the late Princess Diana's children, spring to mind. Stephen Fry contributed his own experience of manic depression in the recent BBC series on mental health.

Fry's explanations for his own condition led Professor Bentall to write an open letter to him, published in March 2016. Bentall points out that Fry's views mirror those of conventional psychiatry which tend to isolate psychiatric disorders, seeing them as discrete brain conditions that are largely genetically determined and barely influenced by the slings and arrows of misfortune. The only appropriate medical response, in these circumstances, is to find the right medication. 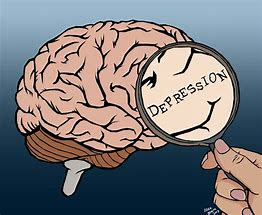 Professor Bentall offers a very different perspective. He points out:

* research has established that 'bipolar disorder' and 'schizophrenia' are not separate conditions;

* there is no clear line between severe psychiatric disorders and healthy functioning;

* large numbers of people manage to live productive lives despite experiencing symptoms of mental illness at some time or another, and without seeking help;

* outcomes for severe mental illness are much more variable than was once assumed - numbers make full or partial recoveries even when not taking medication;

* accepting that genes play a role in making some people more vulnerable to psychiatric disorder, that genetic risk is common throughout the population; we all carry some degree of risk;

* even if we could isolate any or all of the genes that may play some role, so many are potentially involved that it is very unlikely that studying them will lead to therapeutic innovations anytime soon. 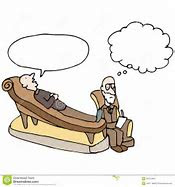 * recent epidemiological studies have pointed to a wide range of social and environmental factors that increase the risk of mental ill health;

* there is good evidence that these kinds of early experience can affect brain structure and lead to stress sensitivity and extreme mood fluctuations in adulthood;

* there are a myriad of adult adversities that also contribute to mental ill health - the biggest cause of human misery is miserable relationships with other people, conducted in miserable circumstances. 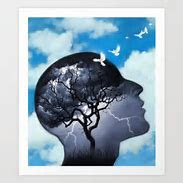 Why is all this important?

* Many psychiatric patients feel that their life stories are ignored - instead they are routinely offered powerful drugs;

* Such a medical approach has been extraordinarily unsuccessful - recovery rates for severe mental illness have not improved at all since 1945;

* Research funding in mental health continues to be almost exclusively channelled into genetic and neurobiological studies, which have little realistic prospect of yielding practical interventions;

* The more that 'ordinary' people think of mental illness as a genetically-determined brain condition, and the less they recognise it as a reaction to misfortune, the more they shun mental health patients;

* The dominance of the biomedical model leads to the neglect of the public health dimension of mental illness. Given what we know, we can significantly reduce the prevalence of mental illness in the population by, for example, addressing childhood poverty and inequality, working out which aspects of an urban environment are toxic, and by doing our best to ensure that our children experience more benign childhoods than our own.

I found all this such good news - the gospel of knowledge and understanding and wisdom. Professor Bentall was polite and apolitical in his original letter. I will be more bold. In other blogs and in 'The Road to Corbyn', I have shown how the genetic model of 'intelligence' has been used in the world of academia to divide society into a fixed and pre-determined hierarchy. I have also explored the way that the neoliberal model of economics has come to prevail in so many university departments in the Anglo-American world. These are no accidents. Those who have wealth and power and lack an adequate morality directly benefit from these perverse manipulations. They need exposing. Next week, in Part Two of this blog, I will continue following the trail I discovered this Christmas-tide.